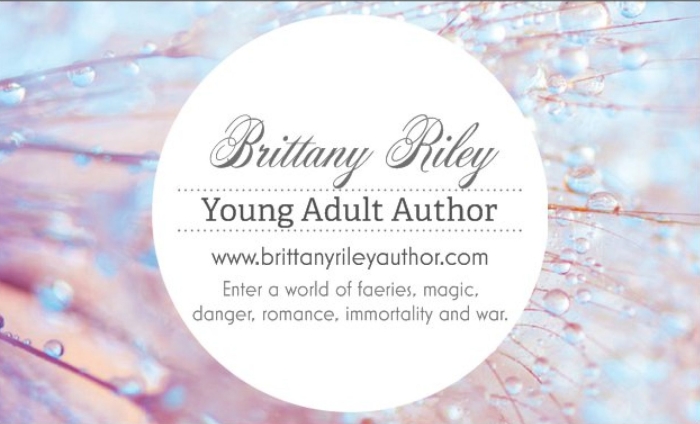 “Writing for young adults is Brittany’s passion. Her dream came true when she published her first Y.A fantasy novel in 2016. She aspires to write the remaining four books in the Enchantment Series and turn them into NYT bestsellers, compose another contemporary Y.A novel, produce a TV pilot based on her first book and complete her degree in Writing/Screen and Media Studies through the University of New England.”

I had the idea for Enchantment in Year 11 of high school and developed the story as the years wore on. Unfortunately, I was never able to sit down and write it. The idea was there, but the time was not. After high school, I decided to take a gap year. I delved into full-time administration work only weeks after receiving my final HSC results. I did not attend university the following year, but in 2014 when I finally decided to pursue my calling. I enrolled in the Bachelor of Arts (Writing) and moved away from my hometown.

I loved the course and received distinctions for my writing, however, I moved home after less than six months of living on campus due to homesickness. Upon returning home, I was forced to search for full-time work again and I cancelled my university enrolment as a result. In October 2014, I rediscovered full-time administration work. By this time, I had already figured out the entire Enchantment storyline as well as the characters, cliff-hangers and aspirations for worldwide publication. Unfortunately, trying to write after a long day of sitting in front of a computer was proving impossible. I was lacking motivation and working in a non-creative environment was literally killing my soul.

In September 2015, I had had enough. After consulting with my mother, who insisted I would never be happy unless followed my dreams, I quit my only source of income to pursue my passion. Fast-forward to August 2016, I self-published a first-edition, 55,000-word version of Enchantment through Archway Publishing (from Simon & Schuster) in the U.S. I was happy with their services and hoped that it would result in a book deal.

Only in recent months did I decide I wanted more depth to my debut novel, so I developed it into a 126,000-word version that I am far happier with. Now, the challenge is to find the right publishing professionals to help me achieve my dreams. I’ve been querying agents in the U.S, U.K and Australia, but so far have been unsuccessful. I’ve also sent a few unsolicited manuscript submissions to some Australian publishers, but again have been unsuccessful. I may be young, but I’m not ignorant to the fact that the publishing journey can be painfully long and tedious and maddening, however, being young is advantageous in that I have plenty of time for rejection, learning, and eventually, success.

As an author, my ultimate goals are to make the books in the Enchantment Series NYT bestsellers, as well as an adapted TV series.

At the moment, I’m working on many projects including: writing the second book in the series, planning for other Y.A books I want to write, querying agents, writing a TV pilot for my debut novel, planning for my university course which I start in March and commencing a new job as the Project Officer for the Dorothea Mackellar Poetry Awards. I’m busy, but I love every second of it.

There was an error retrieving images from Instagram. An attempt will be remade in a few minutes.